I live most of the time in Bucharest, a very large and crowded city with a huge amount of light pollution, which basically forbids high quality observations of the night sky. I also have a property at about 100 km distance in a rural area near the mountains with good conditions (Sky Quality Meter measurements at zenith: 21.1 magnitude/square arc-second), where I used to set up my equipment to make observations whenever I could, but the opportunities to do so were quite rare, never mind the frustrations caused by sudden changes of meteorological conditions. Therefore, a few years ago I began flirting with the idea to construct an Observatory there, in order to use my expensive astronomical equipment very often and at its full potential.

After careful planning regarding what type of observatory would be suitable for my equipment and budget, its size and location, construction started in late 2012, with the support structure (pillar concrete base and steel frame support beams): 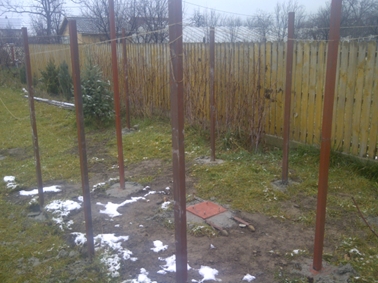 It would be a roll-off roof observatory, with 6.25 square meters usable area (2.5 m on each side).

During the following winter, the pillar took shape: 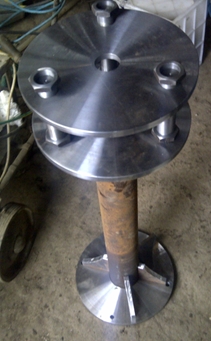 And during the next season, the structure of the roof on rails  🙂 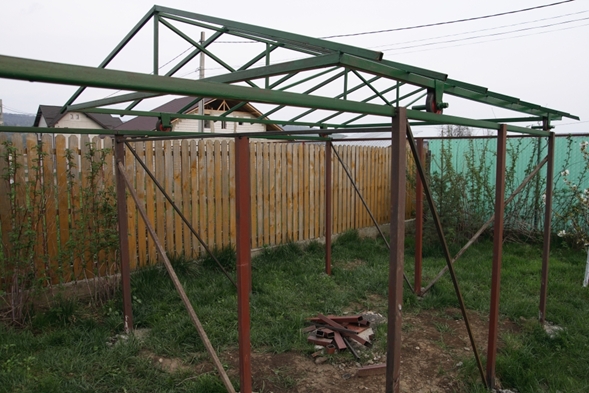 Finally, at the beginning of summer 2013 the work on the basic structure was completed, after mounting the side walls (OSB panels) and the roof cover (bitumen sheets): 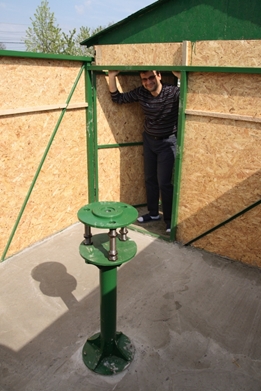 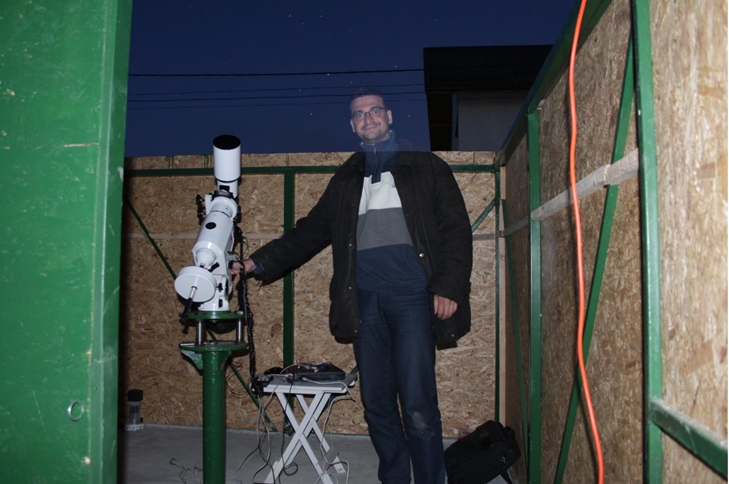 Great! It was time for automation!
The mechanics: 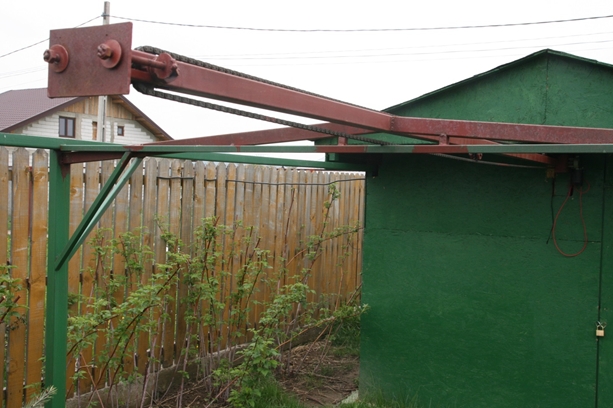 The assembly is put in motion by a small (and inexpensive 🙂 ), yet powerful DC gearmotor: 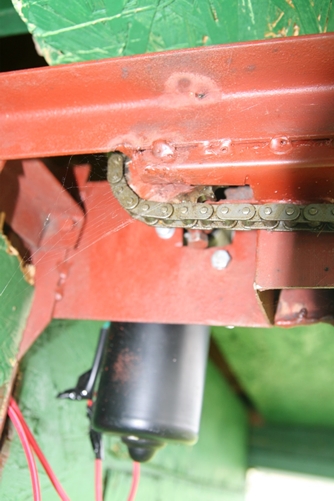 Besides the incredible power for its size and weight, the other advantage in using a DC motor is related to the simple control of its actions:
– for reverse action one should just switch the polarity at its terminals
– for increasing or decreasing its rotation speed one should just slowly adjust the voltage. 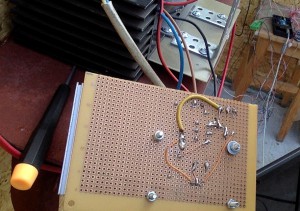 Here is a view of the open electronic power control box (the huge transformer is required in order to sustain the high start up current): 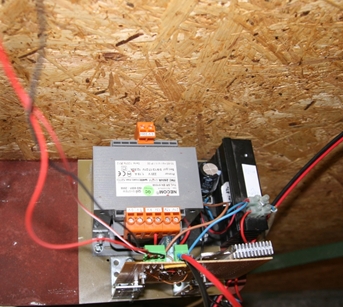 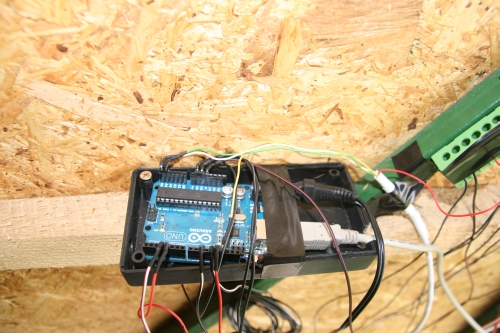 You can see in detail here the interaction between the custom built Observatory Control System, the Weather Monitoring Station and the operator.